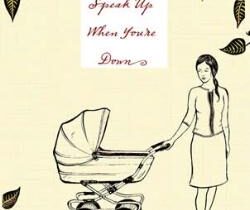 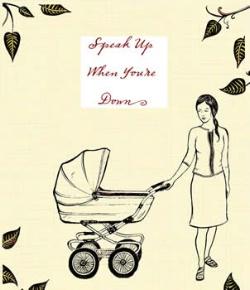 Many of us are familiar with postpartum depression (PPD), due in large measure to high-profile survivors – such as New Jersey’s former First Lady Mary Jo Codey and actress Brooke Shields — who spoke out with courage and conviction about their experiences with PPD. They helped to reduce the stigma and raise awareness of the symptoms and treatment of this illness which affects approximately one in eight women. However, most people do not realize that depression can occur at any point during pregnancy, not just after the delivery of a child.

Many physical and emotional changes occur before and after giving birth. Most women experience mixed feelings, sometimes referred to as “baby blues” after delivery, which gradually diminish as they settle into the new routines of motherhood.

What is a Perinatal Mood Disorder?

Women’s health advocates want the public to become familiar with the term Perinatal Mood Disorders because it reflects the wide range of symptoms that include more than those associated with postpartum depression. These mood disorders can occur anytime during pregnancy and up to one year following childbirth. They include: anxiety disorder, obsessive compulsive disorder and post traumatic stress disorder. Bipolar disorders and postpartum psychosis are also included in the wide range of Perinatal Mood Disorders.

Mood disorders, which range from mild to severe, cause distress and adversely affect daily functioning and personal relationships. If left untreated they can have long-term adverse effects on the baby. Fortunately, effective treatment is readily available.

Early diagnosis is important, so women need to know the signs and symptoms of Perinatal Mood Disorders. Husbands, partners, friends and family members can help.

The exact causes of these disorders are unknown, but here are some factors that may contribute to their onset:

Who is at Risk?

Perinatal Mood Disorders can affect any woman of any age, race, or economic background who:

What Are the Symptoms?

Symptoms – which may appear during pregnancy, or up to one year after delivery – are varied. Common symptoms are:

How are Perinatal Mood Disorders Treated?

Perinatal Mood Disorders, even the most severe cases, are highly treatable, but as with many illnesses, the earlier that treatment can begin, the more effective it is. A woman’s OB/GYN, family physician and pediatrician can all be effective starting points for assessment and referral for psychological treatment.

The first step is to visit a doctor for a complete diagnostic evaluation. A person with a Perinatal Mood Disorder can be treated through a number of methods – most commonly medication and psychotherapy. Women and their doctors need to make a treatment plan based on individual needs.

There is no need for a woman to suffer alone with a Perinatal Mood Disorder during this remarkable period in her life – help is available.

Where should someone go to get help or learn more?

In New Jersey, call 800-328-3838 – 24 hours a day, 7 days a week – for information on PPD and referral to support groups or treatment providers in your area. You can also go to NJSpeakup.gov for valuable information and contacts for women and their families, as well as for medical professionals.

New Jersey is on the forefront nationally in developing resources to help women with PPD and other Perinatal Mood Disorders. Four years ago, New Jersey enacted a law requiring all hospitals and birthing centers to screen new mothers for PPD. In 2005, the New Jersey Department of Health and Senior Services launched a comprehensive public awareness campaign to educate consumers and healthcare professional about PPD. Resources include an informational website, http://www.njspeakup.gov/, and a toll-free telephone helpline – 1-800-328-3838 – for general questions and information about treatment services and support groups and for referrals to counseling.